When building IoT device based solution, most of the time, you have to write code / firmware in the device to communicate with the AWS IoT Core to exchange messages. A simple example will be running raspberry pi based device which is running code to talk to AWS IoT core.

In this exercise, you learn about writing such code in Python using AWS IoT Device SDK. Since there is no physical device, you will use AWS Cloud9 environment to simulate the device. The device will exchange MQTT protocol based messages with the AWS IoT core using Python code and AWS IoT Device SDK.

The following diagram shows the scenario you are going to build for this workshop. Start the workshop 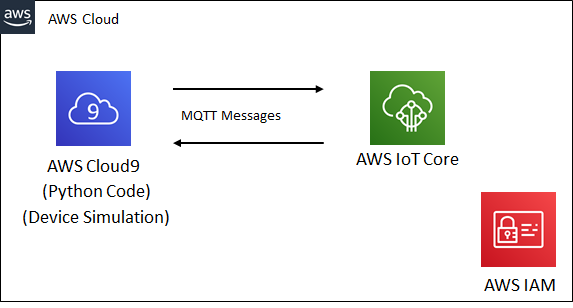